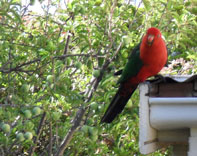 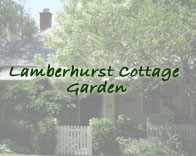 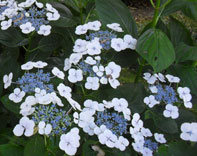 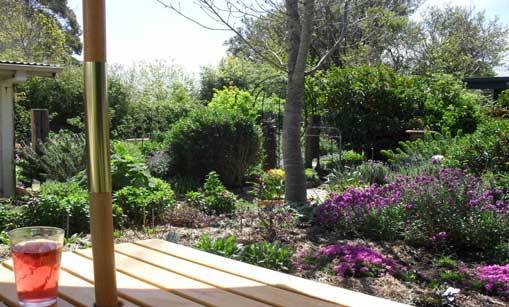 Lamberhurst Cottage is located in a small village in the Southern Highlands of New South Wales. The weatherboard cottage and adjacent potting shed and work office are located on a quarter acre of land that was originally part of a much larger nursery. A double metal garage erected at the rear of the property by a subsequent owner, together with the approaching driveway, further restrict the land available for gardening. For gardening was the primary purpose of buying a 'place in the country' although being able to escape the noise and bustle of Sydney and Canberra were not unimportant considerations.

The block is aligned north-south, covered with a substantial layer of rich volcanic soil and, unlike Canberra, blessed with a more than adequate annual rainfall (and no, or very limited, water restrictions). The climate is a temperate one with warmish summers and cool winters. Although frosts are not unheard of they are neither as frequent nor as savage of those occurring on the southern tablelands. Perfect conditions, in short, for creating and maintaining an English-style garden.

How the garden would take shape was not only constrained by the existing buildings but also by what had been already planted in and around it. On one side of the block were a number of European privets whose seeds in summer were scattered everywhere by the local parrots. The fence on the other side bore a mixture of Banksia and other climbing roses whose masses of tendrils would each year blow down and block the driveway. The existing garden contained an enormous Chinese lantern that had 'got away', a number of Leyland cypresses that were threatening to do so, and masses of oyster plants that harboured millions of snails.

As well as clearing away or constraining these various 'thugs' and pests, there was the question of what purpose the garden would serve. It is true that the process of gardening is an enjoyable and fruitful exercise in itself. It can also be quite time-consuming since all gardens, no-matter how much they are planned, are inevitably 'works-in-progress'. But it also helps I think to have some broader goal or objective in mind while we engage in our day-to-day gardening tasks. This will serve to remind us there is more to gardening than weeding and deadheading. It will also contribute to the unity and cohesion of the garden as a whole, to ensure, so to speak, that it ends up representing more than the simple sum of its plants. 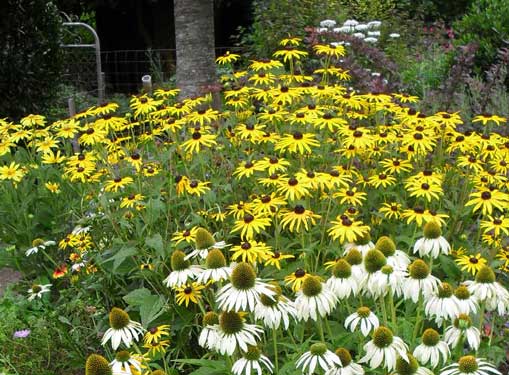 The perceived purpose(s) of a garden differs of course for each gardener. I see the garden at Lamberhurst Cottage as being a private and tranquil space, somewhere to escape into, to sit, read and reflect in, to look at and out of, and to wander about and enjoy. I am also inclined to many of the views of Russell Page in his seminal work, The Education of a Gardener. Small gardens in particular should be relatively simple and straightforward in design. They should integrate well with the house and other buildings (Page argues we must shape and style our garden as it will be seen from the house, not the other way round). He also thinks small gardens should be places of retreat - the kind of 'restricted close' or hortus inclusus favoured by the Romans or during the Middle Ages - although where appropriate, they should also make the most of their surrounds - to operate as a kind of 'anteroom to the wider world'. We should keep in mind as well that gardens and their creators can play an important, if poorly appreciated, broader social and aesthetic role. As Vita Sackville-West argued in her Country Notes in Wartime (Hogarth Press, 1940: 173), the gardener:

... is one of the few people left in this distressful world to carry on the tradition of elegance and charm. A useless member of society, considered in terms of economics, he must not be denied his rightful place. He deserves to share it, however humbly, with the painter and the poet.

With these, admittedly in part, conflicting ideals in mind, I have begun to recast and reshape the gardens at Lamberhurst Cottage. As before, the house remains 'in' the garden not next to it. Separate and distinctive garden 'rooms' are being established on each side of the dwelling where each can be viewed or glimpsed from windows or through doorways. Those garden 'rooms' at the front and sides of the house are relatively small and compact and shaped primarily by their aspects and micro-climates. The front garden contains a mixture of old and new trees and shrubs that are used to frame the house and its entrance. The eastern 'room' is a new creation which utilises the existing shelter and shade to provide a small woodland dell and alternative pathway to the main garden. The western 'room' sits alongside the driveway and, in contrast to the eastern 'room', provides a bright and colourful outer border to the main garden.

The main garden, which is at the rear and to the north of the house, comprises two separate 'rooms' which are linked by a single pathway. The main 'room' is my 'hortus inclusus'. It is centred around a small, grassed space which is surrounded on three sides by garden beds and on the fourth by a wooden deck that lies at the rear of the house and under the double windows of the sunroom. The garden beds are mixed ones whose predominantly pastel tones are designed to encourage a meditative and relaxing atmosphere. They will eventually screen the existing fences and neighbouring properties but not the mature trees that form both the near and further landscapes and which give refuge to the parrots described earlier as well as currawongs, kookaburras and the magnificent yellow-tailed black cockatoos. The second 'room', like the driveway garden, is an altogether brighter and more boisterous space which is home to assorted roses, dahlias and other show-offs. Something, when needed, to lift the spirits. Or that is the plan.

Readers may wonder why I have named the cottage Lamberhurst? The answer stems from my post-retirement interest (some would say obsession) with family history. Lamberhurst is a small village located some five miles to the east of Tunbridge Wells in East Kent in England. It is the seat of the Hickmotts who form my mother's family line and who have lived at Lamberhurst and the nearby villages of Horsmonden and Goudhurst since at least the mid-1300s. Click on the 'Lamberhurst Kent' link below to read more about the village and the Hickmotts who originally lived there. You will see that the Hickmotes, as they were known then, were originally Flemish weavers who later became part of the established class of English yeomanry. They and their descendants have continued to live largely in Kent although a few, including my mother's great great grandfather, Samuel Hickmott, and his son Henry, emigrated or, like Samuel, were transported to Australia and other remote English colonies in the mid-1800s.

Kent and the adjacent county of Sussex are also home to a host of wonderful English gardens (and gardeners) some of which will feature in the 'Gardens' and 'Readings' sections of this website as well as in my monthly 'Garden Blog'. I hope you enjoy them. 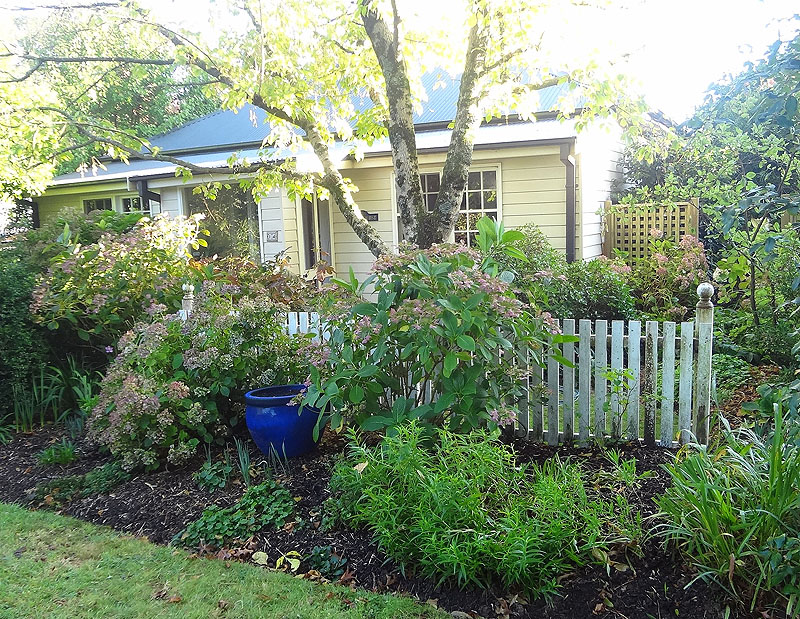 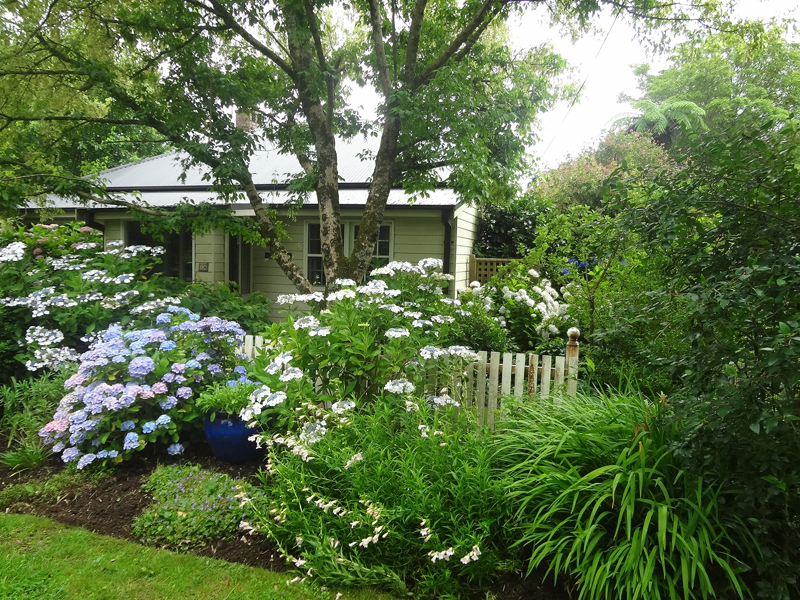 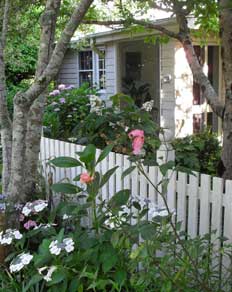 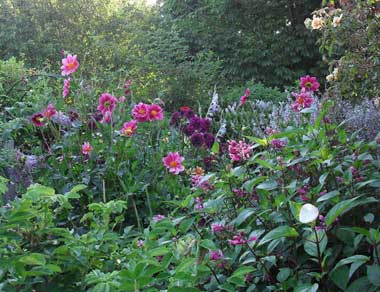 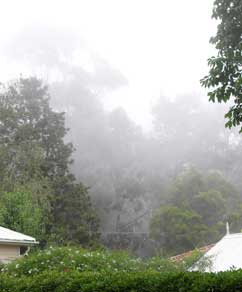