Winifred Alice ('Winnie') Cheeseman was born at Beaufort in Victoria on 16 April 1911. The eldest child of Alfred William and Alice Maud Cheeseman nee Laurence, she was named after her mother and a Winifred Thompson, sister of Leslie Thompson, the youthful manager of A. S Austin's 'Bynya' station where Alice worked before she was married. Apparently whenever Winifred and her brother went away from the station, they would always bring Alice a little gift when they returned. Alice was deeply touched by such thoughtfulness and thought Winifred 'the most beautiful lady she had ever seen'.

I only remember Winnie in her later years. But my sense is she was more a Laurence that a Cheeseman, outgoing and in possession of strong opinions which she had no qualms in venting. Alice had died in 1967 and Winnie assumed her mother's place as the family matriarch. She would boss my father and his brothers albeit in a kindly and well-intentioned way. Like her parents and most country folk from those times, family was all-important, forged by shared hopes, disappointments and (oft remembered) experiences. As a young person I tended, as I did with Alice, to keep out of Winnie's gaze lest it invoke some uncomfortable comment or query. I do though have fond memories of her laugh, a spontaneous and bell-like tinkle that would float from her favourite spot in the kitchen in her house at Preston down to where I was listening to music or playing table tennis with my cousins. On hearing it, I would invariably smile. I am smiling at the thought of it now.

As we have seen in Laurie's memoirs, after their marriage at Narrandera in 1910, Alice and Alfred lived for a time at Beaufort in a three-roomed house Alfred had built on a bush block located some distance out of town. Although life there was very happy, there was little money to be made from the farm so Alfred had to go away either to cut and cart firewood from the surrounding bushland or labour for other farmers. This resulted in Alfred living away from the place for periods of time and Alice having to deal with swagmen and other pests on her own. The loneliness and worry of having to cope by herself was partially offset by visits to and from those members of Alfred's family who lived in Beaufort. But the real answer was to find a situation where Alfred could live permanently at home. As Winnie relates, on opportunity for this to occur came in 1920 when Balcombe ('Balky') Beggs, a property owner Alfred was then working for, told him that parcels of farm land on the old Mount Widderin Station near Skipton were being being made available under the government's soldier settlement scheme. 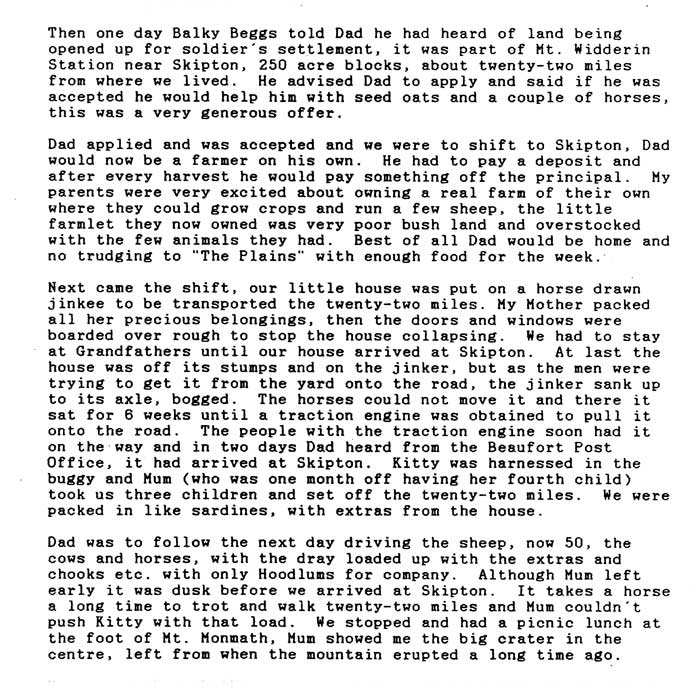 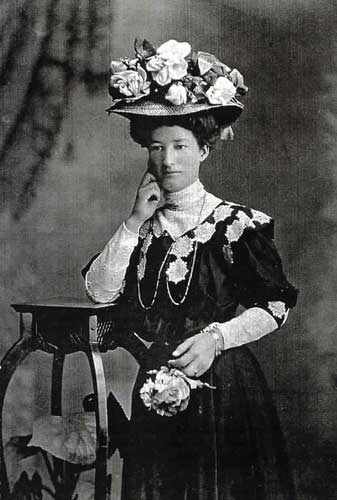 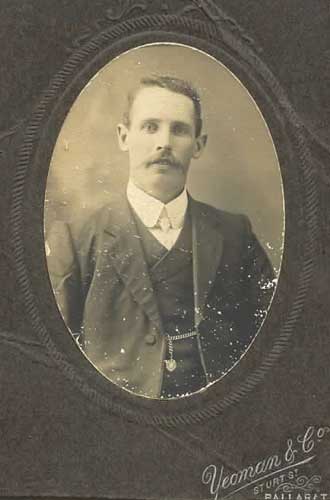 Alice Maud Laurence and Alfred William Cheeseman before they were married. 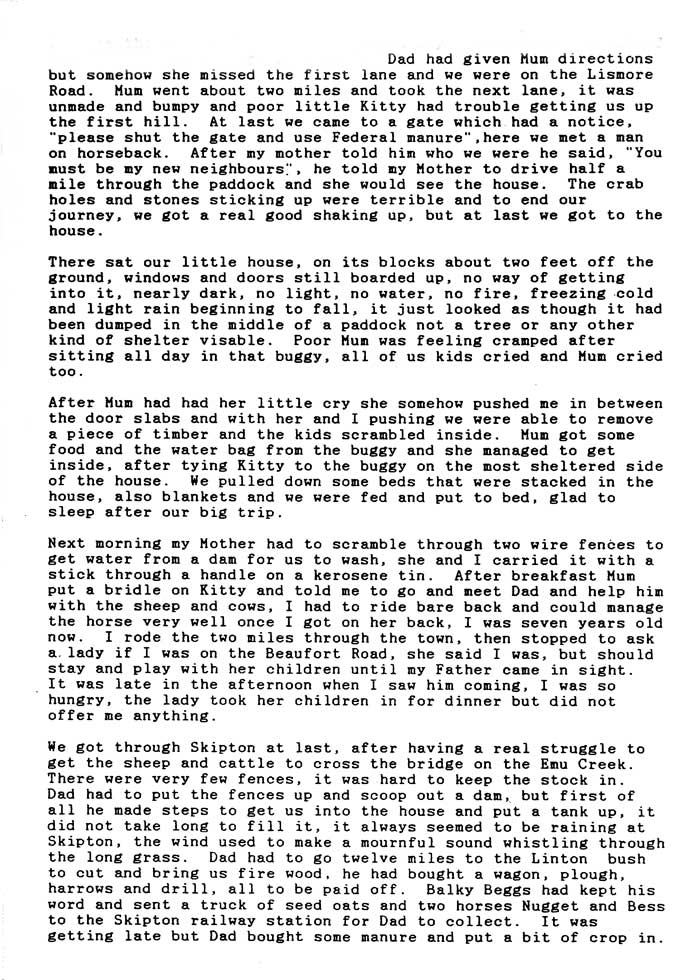 The town of Skipton in Victoria, around the time Alice and Alfred moved onto their farm there.